From Sepia to Selfies - 150 Years of Lansing Photographic History Exhibit 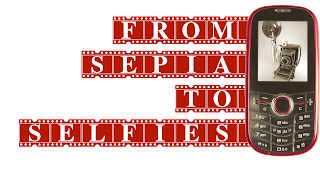 
The Historical Society of Greater Lansing, the Library of Michigan and Central Michigan University’s Clarke Historical Library are presenting “From Sepia to Selfies: 150 years of Lansing photographic history,” an exhibit that explores the roots and evolution of photography in Lansing.

Included in the exhibit are more than 300 rare, iconic and vernacular photographs representing virtually every aspect of Lansing from selfies to early cabinet photographers. The exhibit is free and on display until December 31. It also includes examples of rare, unusual and everyday cameras and photographic equipment.

Valerie Marvin president of the Society said more than 60 photographers, collectors and individuals loaned photographs and equipment for the exhibit. The Clarke Library provided interpretive panels on the history of photographic processes which provide an important timeline for the advancement of photography.

Another segment of the exhibit focuses on Demonstrations and Celebrations at the State Capitol which was assembled by photojournalist David Olds and features both black and white and color photography of demonstrations as varied as bikers rallying against the helmet law to the massive right to work demonstrations.

Marvin said what is unusual about this exhibit is it blends both professional and vernacular (amateur) photography in showing events across Lansing’s history. She said an example is the photographs of the 1951 Cass fire which includes numerous images shot by bystanders and a professional photographer.

One particular Lansing amateur photographer Clara Heldemeyer was discovered through “lost” photo albums that turned up at an out-of-city estate sale. The three albums show some of Heldemeyer’s rare ability which led her to become a celebrated salon photographer and to exhibit at the 1939 World’s Fair in New York. A number of her salon photographs including a portrait of Anais Nin are in the exhibit an on loan from.

The exhibit also has several salon photographs of Gerald Granger who competed and won recognition world-wide for his photography. At one time in the 1940s Granger was recognized in the top five of salon photographers, world-wide. Granger is also considered the first full time Lansing State Journal photographer.

Marvin said any exhibit on Lansing photography would not be complete without showcasing photography of Leavenworth Photographics which documented the 20th century history of Lansing as the premier commercial photographer. “

Their slogan “Anything Photographed. Anytime. Anywhere” does not give their talents and breadth of work justice. The firm, in its ninth decade, continues under the third owner Roger Boettcher who loaned several rare images and a panoramic camera belonging to the R.C. Leavenworth.

Other topics covered in the exhibit include Lansing disasters; daredevils; planes boats and trains; parades; aerial photography by Abrams; I-496 construction and deconstruction; how we see photography and how photography was used to record important events and life passages.

“Photography is one of the ways we have of recording and analyzing our history and this exhibit has opened the door to many more similar exhibits for the Society,” Marvin said.

“Visitors to the exhibit will walk away with their own favorite image and the photos will help us recall both good times and difficult times,” she said.

Two special events are planned focusing on news photography and photography of the American Indian.
Posted by Val at 8:17 PM No comments:

This Historical Society of Greater Lansing is hosting a walking tour of Glendale Cemetery at 2 pm on Sunday, September 13 at 2500 Mt.Hope Rd., Okemos. The tour is free. The cemetery is located west of Okemos Rd.

Jane M. Rose, author of the recently published "Meridian Township" part of the "Images of America" series, will give a brief history of the cemetery and highlight a few women pioneers. The cemetery which currently has 9,000 gravesites was established in 1887 on land provided by R.P. Soule and J. Blakley.

Valerie Marvin, President of the Historical Society of Greater Lansing, said the tour will highlight the first African American to be hired by the City of Lansing, a member of the Polar Bear Expedition of World War I, the Commissioner of the State Police in the 1950s, and three victims of the Bath School Disaster of May 1927 where 44 individuals were killed and 58 injured in bombings by a disgruntled school employee. The tour highlights include:

James Mckane was a World War I Veteran, serving in the Polar Bear regiment which was used to guard the Trans-Siberian Railroad during the Russian Revolution. His father James Sr. came to the U.S. in 1866 from Northern Ireland and the Mckane family settled in Meridian Township sometime before 1900. In 1920, James Jr. worked as an inspector in an auto body shop in Ingham County. In 1930, James was living in Detroit and working as a contractor. By 1940, he moved back to Meridian Twp. and was self-employed in sales.

Michigan State Police Commissioner Joseph A. Childs, who was Commissioner from 1952-1965. He was born in 1909 and died in 1976. More than 10 Michigan State Police veterans are buried in Glendale. His predecessor Donald Leonard had just submitted his paperwork for retirement when the Jackson prison riots broke out in the spring of 1952. The papers were withdrawn quickly and Leonard commanded the efforts to bring the prison back under control, an effort that involved over 300 troops coming in from all across the state.

Childs also led disaster relief efforts in 1953 after a deadly tornado struck Flint and several communities eastward. One hundred and fifteen died and nearly 900 were injured. Troopers relocated to Flint for several weeks to help with disaster relief, receiving commendation from across the country for their efforts. To that end, he was part of the organization of the Michigan Civil Defense Emergency Team under Gov. Williams in 1954 for the purpose of putting in place a statewide team to handle disaster relief and recovery efforts.

He also introduced the blue police car, the diving team, and the canine patrol that we still know today, and saw the force grow to exceed 1000 for the first time.

Valerie Marvin said "Childs and others buried in Glendale are symbols of public service and a reminder that East Lansing, as the longtime headquarters of MSP, has been home to many who have served the state through MSP. Childs relatively simple gravestone gives little indication of the important work that he did to keep Michiganders safe and improve the quality of life in our state."